April showers bring May flowers…but for many people who suffer from active suicidal ideation, the idea of existing one more day to see spring’s beauty may be too much to bear. April is Stress Awareness Month, and it also happens to be the month when suicides start to peak for the year.

Many people assume that more suicides happen during the cold winter season. But for the past 20 years, suicide rates have actually been highest in late April and early May. Experts aren’t entirely sure why suicide rates peak in the spring, but there are several theories, including:

Suicide is a major national public health issue in the United States. This U.S. has the highest suicide rate among wealthy nations and is increasing steadily. On average, adjusted for age, the annual U.S. suicide rate has increased 35% over the last two decades.

How to Help Someone Who Is Suicidal

Don’t be afraid to mention suicide to someone in fear of putting the idea into their head. You’re much more likely to help someone feel less alone if they were considering it. Here’s how to help someone who you think may be suicidal:

As you talk to them, assess the situation. If you feel they are in danger of acting upon their suicidal ideation, call 911 immediately and stay with them. Even if it seems like just talk, all thoughts of suicide must be treated seriously. Continue to be there for them, encouraging them to seek professional help and to open up to other friends and family so that they are being monitored from a loving place.

If you or someone you care about is having thoughts of suicide, call the 24/7 National Suicide Prevention Lifeline right away at 1-800-273-8255.

Suicide is preventable if we can recognize individuals who may be at risk of suicide and develop timely and effective interventions to stop the cycle of negative thinking that may lead to suicide. Treatment of suicidal ideation depends on the specific situation, including the level of suicide risk and what underlying problems may be causing suicidal thoughts or behavior.

For instance, if you suffer from mental health issues that trigger suicidal thoughts, such as depression, anxiety, and bipolar disorder, common methods of treatment include:

Scientific studies support what Ketamine Clinics Los Angeles has learned through almost 10,000 successful treatments: Ketamine Infusion Therapy can reduce depression and suicidal thoughts within hours or days. Intravenous, low-dose infusions of ketamine deliver relief from suicidal thoughts much faster than any other medication or treatment.  In fact, according to participant studies published in the American Journal of Psychiatry, around 55% of the people who received a single ketamine infusion were free of suicidal ideation within 24 hours of treatment, in comparison to 20% who received a placebo.

Numerous studies published in the last few years strengthen the growing body of research that suggests Ketamine Infusion Therapy can be more effective than traditional treatments, many of which have remained unchanged for years and are often ineffective.

According to a clinical trial published in the American Journal of Psychiatry, there is a crucial window of time in which severely depressed patients need fast and targeted assistance to rule out self-harm. Patients with active suicidal thinking need immediate help at the point when the risk of carrying out suicide is at its highest.

Time is of the essence when it comes to those who are suffering from depression and suicidal thoughts. If you’re looking for help, or looking to help a friend or loved one, life-saving intervention is possible. Ketamine Infusion Therapy can break the cycle of negative thinking quickly, safely, and effectively, opening the door for hope and a depression-free life without dark thoughts. Book a free consultation with our patient care team today to learn more. 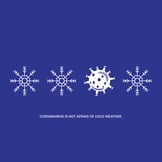