Death by suicide is a serious and rising concern in the United States today. While suicide has not gotten as much “press” as opioid overdoses, for example, or violent homicide, suicide is the 10th leading cause of death in the United States, with approximately 45,000 people dying from suicide each year. Statistically, that’s twice as many suicides as homicides, and equates to about 113 suicides each day, or 1 every 13 minutes. [1] Moreover, the statistics clearly show that some groups are at significantly higher risk: suicide is the second leading cause of death for young people between the ages of 10 and 34, while according to the VA, veterans have a suicide rate 50% higher than the rest of the population.[2] Clearly, as these statistics demonstrate, we need to take serious and real steps to improve our ability to recognize individuals at risk of suicide and offer them timely and effective assistance.

According to the same CDC data, each year more than 9 million adults in the United States confess that they have experienced suicidal ideation, again with a higher percentage among adults 18 to 25. Suicidal ideation is defined as thinking about and/or planning suicide, ranging from only a brief or fleeting thought to developing a detailed plan for suicide. Of course, most people who experience suicidal ideation do not act on these thoughts, yet clearly the medical community is—as it should be—focused on developing a variety of methods of providing effective and fast-acting relief from suicidal ideation before suicidal thoughts can develop into suicidal action.

With the FDA’s quite recent approval of a ketamine-derivative called esketamine (marketed as SPRAVATO™) as a fast-acting and effective treatment for depression, attention is once again focused on the potential of ketamine as an innovative treatment option for other mood disorders. The key lies in the words “fast acting”. When administered directly into the blood stream through an IV—a treatment known as Ketamine Infusion Therapy—ketamine appears to deliver, for many patients, a rapid improvement in mood and decrease in suicidal ideation. Thus, by reducing suicidal ideation quickly, the ketamine treatments may, in effect, “buy time” for other interventions to succeed.

Why is this treatment innovative? Traditionally (or at least since the late 1980s), the medical community has relied on a class of drugs known as antidepressants, such as Prozac, Zoloft, or Wellbutrin, for instance, to relieve depressive symptoms, anxiety, PTSD, and other mood disorders believed (in most cases) to underlie suicidal ideation. Unfortunately, antidepressants take a long time to “take effect”, up to several weeks, in most cases. Moreover, many patients must try different types of antidepressants to find one that offers relief with fewer side effects, while for a large number of patients, antidepressants actually do not work at all. Yet a patient who may be actively contemplating suicide doesn’t have the time to wait, experiment, and see what works. He or she needs something that works right away. Intervention with Ketamine Infusion Therapy may be able to eliminate the “risk period” before these traditional treatments “kick in”.

Ketamine as an innovative treatment option for suicidal ideation is supported by two recently-published studies.

The first study, published online in late 2017 in the Journal of American Psychiatry, compared patient responses to two different treatment approaches: one group received low dose ketamine infusions while a second group received a low dose of a sedative called midazolam.[3] Conducted by researchers at Columbia University Medical Center, the study included 80 adults with major depressive symptoms and suicidal ideation. While both groups responded positively to treatment within 24 hours, the group that received ketamine saw a statistically greater reduction in suicidal ideation than the group that received midazolam. Specifically, 55% of the ketamine group was assessed at experiencing a 50% or greater reduction in suicidal ideation, while only 30% of the midazolam group experienced a similar reduction. Moreover, researchers noted that the impact of the ketamine infusion treatments lasted for up to six weeks after the study began.

The second, published in 2018 in the Journal of Affective Disorders, looked at data from five clinical trials involving ketamine infusions as treatment for treatment-resistant major depressive disorder or bipolar depression. [4] As suicidal ideation was one of the evaluation markers, the researchers in this compilation study were able to determine that nearly all of the individuals in the study experienced some decline in suicidal ideation after ketamine infusions. The study divided the patients into 3 distinct subgroups: remitters, responders, and nonresponders. After day 1 of treatment, 71% of remitters, 39% of responders, and 12% of nonresponders showed a significant decline in suicidal ideation, while by day 2, remitters actually had zero suicidal ideation. Thus, the researchers concluded that for many, although not 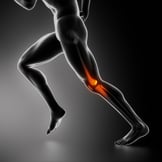