Suicide Is Preventable: Here Is How We Fail Those in Need 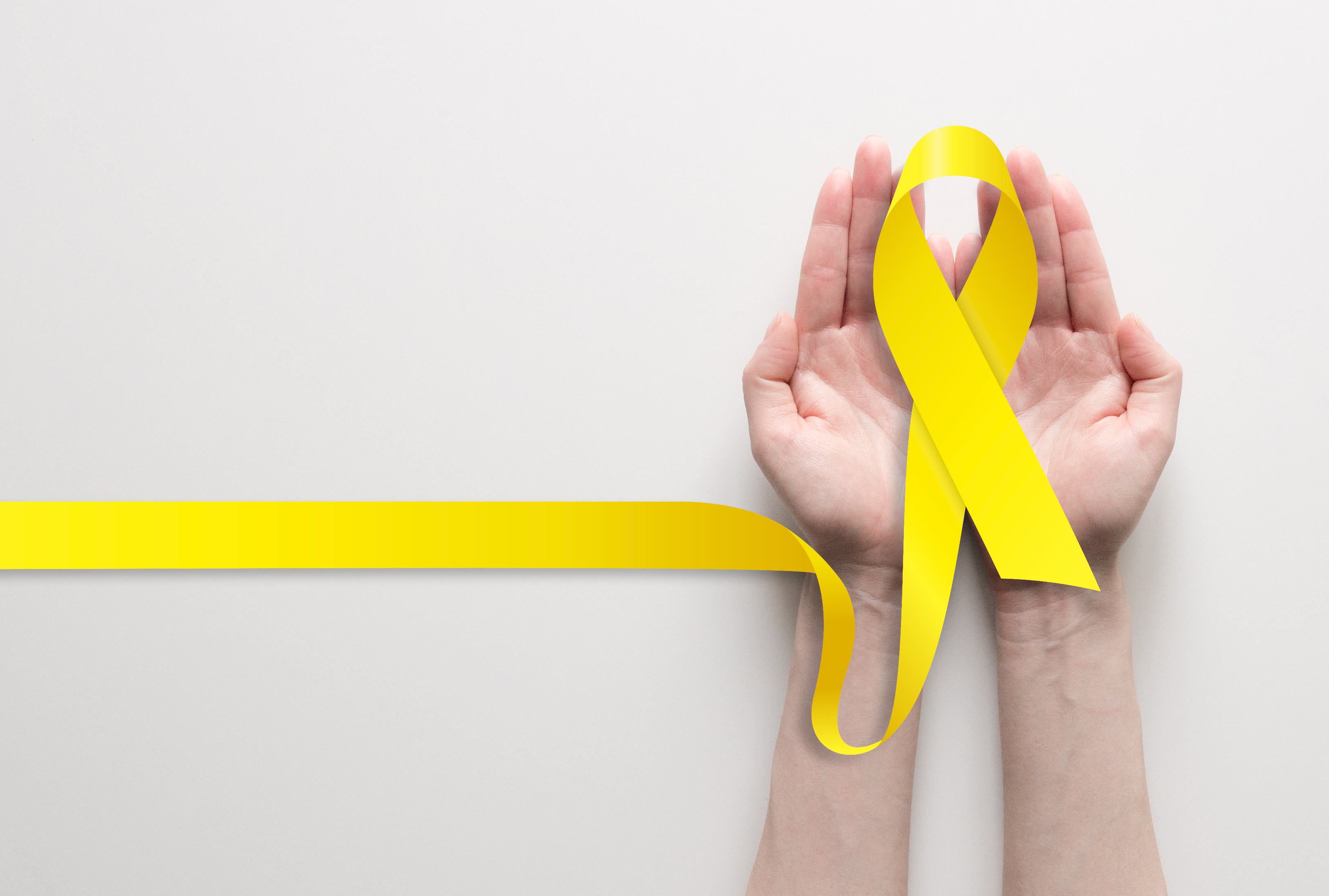 We’re in the midst of a pandemic – and this time, we aren’t talking about coronavirus. September is Suicide Prevention Month, a time to raise awareness of the crisis we’ve been dealing with for a very long time. In a 2018 study published by the Centers for Disease Control and Prevention (CDC), from 1999 through 2017, the age-adjusted suicide rate increased by 33%, reaching the highest level since the end of World War II. This was the latest study of its kind until a report by the CDC showing the effects of COVID-19 on mental health was released in August 2020.

According to the CDC’s new Morbidity and Mortality Weekly Report, U.S. adults reported considerably elevated adverse mental health conditions associated with COVID-19, including suicidal ideation, depression, and anxiety. While this is to be expected as we deal with this disruption to our normal life, suicide is preventable when we recognize the warning signs and have a plan of action.

Seeking treatment can help eliminate intrusive suicidal or self-harming thoughts. One such treatment is Ketamine Therapy, which has been proven to have a major impact in saving lives by significantly lowering suicidal ideation. Furthermore, the FDA recently approved esketamine – a chemical cousin of ketamine – for suicidal patients with Major Depressive Disorder.

One common myth around suicide is that people take their own lives abruptly, with no warning. In reality, that’s rarely true. In more than 90% of cases, suicide is an outcome of a pre-existing mood disorder and associated risk factors. When mental health issues go undiagnosed and warning signs go unnoticed, we risk unnecessarily losing a life. So, if most suicides are preventable, how is society failing those in need?

Society views depression — a leading risk factor for suicide — as an emotional malfunction rather than a psychiatric disorder. Anger is often directed toward suicide victims for abandoning their friends and loved ones. The term “committed suicide” in and of itself has a negative connotation of guilt and implies that a crime occurred.

The stigma surrounding victims and survivors of suicide can be alienating, causing people to shy away from the subject. But talking about suicide does not increase the risk of an attempt occurring. In fact, we should normalize mental wellness and depression so that people can feel more comfortable opening up about and seeking help for their struggles.

One in five people have thought about suicide at some point in their life. If you’ve had suicidal thoughts, you are not alone. The more attention we bring to recognizing suicidal warning signs and how to respond to suicidal behaviors, the more lives we can save.

The warning signs of depression aren’t always apparent. That’s why suicide can be so shocking, especially since many victims with concealed depression are experts at hiding their feelings. Thoughts of self-harm are a burden to people with suicidal ideation, which makes them less inclined to drop that burden on friends and loved ones. “Cries for help” may not always be people directly asking for help. They could be as subtle as sudden changes in behavior that may go unnoticed.

Be on the lookout for the following suicidal warning signs:

Most People with Suicidal Ideation, Plans, and Attempts Do Not Receive Treatment

According to a study by the British Journal of Psychiatry, 58% of suicidal respondents didn’t seek treatment because they had low perceived need. Because many people experience thoughts of suicide at some point in their life, the distinction between normal and in need of help may not always be clear.

With the taboo nature of suicide, you may think you can manage your thoughts on your own. When thoughts of self-harm are spoken out loud to friends and family, it may make the fantasy all too real. Not to mention, when you confide in another, you’re at your most vulnerable. You can’t always anticipate what the other person will do, think, or say when confronted with your dark truth.

Fortunately, there are options for people who aren’t sure if they need treatment. One of those options is the National Suicide Prevention Lifeline, which can be reached at 1-800-273-8255. This 24/7 hotline provides free and confidential support for anyone who is in emotional distress regardless of whether they are currently thinking about suicide.

If you're looking to prevent thoughts of self-harm and suicide from returning, fill out our personalized Suicide Prevention Plan to help you in times of crisis.

People experiencing suicidal thoughts don’t always have a clear process to follow for seeking help. Suicidal thoughts typically come and go, making people think they can ride out hard times until self-harm thoughts subside. Additionally, people who experience suicidal thoughts and behaviors tend to be pessimistic in nature, which causes many to feel hopeless that treatment could possibly help. These attitudes delay access to treatment and may lead to progression of the problem.

According to a study in the Journal of General Internal Medicine, 83% of people who committed suicide in eight states between 2000 and 2010 received medical care within the year prior to killing themselves, and 20% had seen a health care worker the week before they died. Less than half of them were diagnosed with a mental health problem.

It’s important to know that the majority of people who feel suicidal do not want to actually die; they want to escape the life they currently have. The road to recovery is not always clear, which makes seeking effective treatment difficult. On top of that, because research shows most people with suicidal ideation try to self-manage their pain before seeking help, suicidal people often find themselves at their breaking point needing a treatment that is both fast and effective.

Oral antidepressant medications called Selective Serotonin Reuptake Inhibitors (SSRIs) are the most common treatment for depressive episodes. However, this treatment poses a number of challenges, including a low rate of success, slow response rate, and the undesirable side effects often caused by SSRIs. These agents have a delayed onset of action that can take up to several weeks, increasing the risk for organ failure and suicide in this subset.

Cognitive behavioral therapy (CBT), or talk therapy, is another conventional treatment for suicidal ideation that has been shown to reduce suicidal ideation and hopelessness in depressed patients with previous suicide attempts. In one clinical trial, 54-77% saw a decrease in depression symptoms after three months of weekly sessions. While successful, the treatment isn’t very fast, and it requires a long-term investment.

Even more effective in reducing thoughts of death is Ketamine Therapy. At Ketamine Clinics Los Angeles, Ketamine IV Infusions administered under the direction of Dr. Steven Mandel boast an 83% success rate thanks to a customized treatment approach. Some patients feel better within one hour of their first infusion. Patients with thoughts of self-harm or suicidal ideation often notice those thoughts and feelings dissipate first — and almost completely. In many cases, there is dramatic relief of dread and hopelessness. Most patients feel some improvement the day after their third infusion. Others notice improvement in mood once they complete their full series of treatment, which is six infusions over the course of two to three weeks.

When Ketamine Therapy is combined with cognitive behavioral therapy, the rate at which someone can reach a breakthrough and come to terms with negative emotions is far quicker. Ketamine Therapy helps bring deep-rooted emotions to the surface, giving therapists a glimpse into the unconscious mind. This allows therapists to help work through and examine these emotions in a safe and freeing environment.

Suicide is preventable when we recognize the warning signs and have a plan of action in a crisis. This applies to friends and family of suicidal persons, the person having suicidal thoughts, and professionals responsible for the mental and physical care of suicidal persons. When we all do our part, we can significantly reduce the number of needless deaths per year.