Study shows Ketamine is neuroprotective and can prevent brain damage 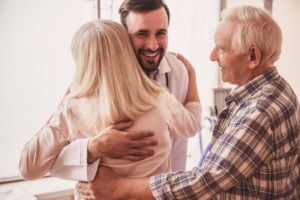 Over the past several decades, scientists have made significant advances in understanding how the brain functions. Yet despite this progress, medical science has yet to develop a successful strategy for reducing brain damage during stroke or trauma brain injury (TBI). Most medical intervention today is focused on mitigating the potential for delayed injury occurring hours or days after the event. Development of a medical approach that could treat primary injury—the instantaneous damage done to the brain during the stroke or injury—would indeed be a tremendous breakthrough.

A 2017 study in Anesthesia & Analgesia suggests that ketamine, a well-known anesthetic, may, in fact, act as a “neuroprotective” agent that can actually protect the delicate cells of the brain from injury and premature death due to stroke or traumatic injury. As our knowledge of ketamine as a NMDA receptor antagonist improves, ketamine is increasingly viewed as a potential new treatment option for an increasingly wide range of medical conditions, such as depression, PTSD, and mood disorders, as well as chronic pain. This study reviews ketamine’s usefulness as an intervention mechanism to slow and even prevent primary brain damage immediately following stroke or TBI.

Ketamine’s potential as a neuroprotective agent may stem from the multitude of ways it interacts with the neurons and synapses of the brain at the cellular level. Because of the complexity of the brain itself, cell injury and death during and immediately after stroke or TBI is perpetuated by a chain of neurotoxic processes, each of which must be addressed in order to stave off additional damage. This study reviews the methods by which ketamine may successfully intervene in several of the most important neurotoxic processes in order to protect the brain when it is at its most vulnerable.

Excitotoxicity is an extreme state of deregulation within the brain caused by a build-up of calcium within the damaged synapses (a profound simplification of an extremely complex process). Decreased blood flow due to trauma can cause excess glutamate to accumulate, setting off a complex chain of events that can—ultimately—impair the delivery of oxygen and glucose, create an imbalance in sodium levels, and ultimately cause the brain to pump too much calcium into the damaged neurons. Ketamine may mitigate excitotoxicity by “antagonizing” (reducing) the release of excess glutamate, thereby reducing the influx of calcium. Ketamine may also work to increase blood flow to the damaged areas, thereby addressing a root cause of excitotoxicity in the first place.

Apoptosis is the process of cellular death that occurs because a cell “decides” (for lack of a better term) to die prematurely (versus a cell that has died specifically due to injury or damage, called necrosis). It is believed that ketamine may reduce apoptosis and premature cellular death by upregulating the protein B-cell lympthoma 2 during brain trauma; B-cell lympthoma 2 is responsible for promoting cell survival. Studies have also shown that ketamine may inhibit apoptosis by reducing the influx of chemicals such as adrenaline, noradrenaline, and dopamine into the brain, as the presence of these chemicals has been linked to negative outcomes in some cases of brain trauma.

Researchers believe that one of ketamine’s most important properties—especially in terms of mitigating damage due to stroke or TBI—is its anti-inflammatory effects. First, ketamine may restrict the permeability of the blood-brain barrier, protecting the brain from the potentially damaging impacts of elevated levels of white blood cells (which the body uses to fight infection). Second, ketamine may inhibit the activation of certain cells and proteins that the body naturally releases to mitigate tissue damage. By interrupting the body’s normal response to cell damage in these ways, ketamine may play an important role in combatting damaging inflammation relating to stroke and TBI.

A common concern after stroke or TBI is microthrombosis, the build-up of platelets (a type of blood cell) within the tiny vessels of the brain, potentially blocking oxygen and glucose from reaching the neurons. Ketamine has been shown to have a highly beneficial impact on disrupting microthrombosis during cardiopulmonary bypass procedures, and scientists believe a similar impact may mitigate the damaging processes of platelet accumulation during stroke and TBI as well.

We still have much to learn about how ketamine affects our critical brain processes, but it is increasingly apparent that it holds a great deal of promise as a highly-effective treatment for a variety of serious injuries and ailments. If, as this study suggests, ketamine holds the key to successfully addressing the immediate damage to the brain caused by stroke or traumatic brain injury, it will be a medical breakthrough with truly significant implications for the health and well-being of millions of Americans.

If you or someone you love is seeking help for depression, PTSD, or another form of mood disorder, or coping with chronic pain, we encourage you to contact Dr. Steven L. Mandel at Ketamine Clinics of Los Angeles immediately to find out if IV Ketamine Infusion Therapy may offer a solution.