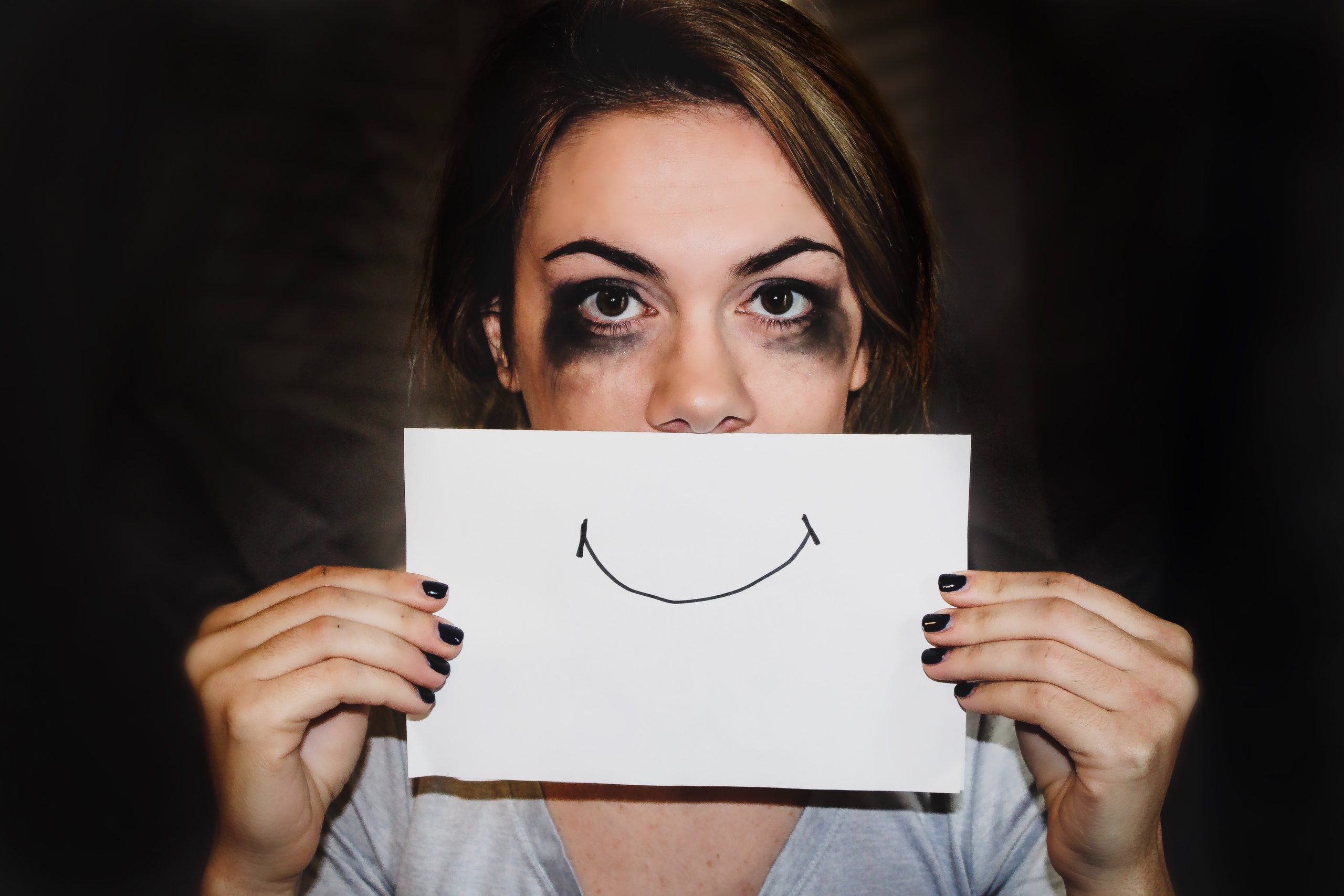 The mental health issues new moms experience after birth have long been stigmatized. What’s expected to be such a happy and joyous time when the new bundle of joy arrives, often feels anything but joyous. The excitement of nesting leading up to delivery may be replaced by anxiety or even disconnect. Instead of the expected ‘love at first sight’ magic moment many moms gush about, feelings of guilt or rage may be felt instead. These feelings lead some to ask themselves, “What’s wrong with me?”

This is postpartum depression (PPD), clinically called a depressive disorder with peripartum onset. If you’ve experienced PPD, you’re not alone. In fact, about 1 in 7 new mothers has PPD. Thanks to its stigma, many moms suffer in silence believing it’s just “baby blues” due to hormones, lack of sleep, and lack of support. There’s a fear that, if a mom feels anything less than thrilled about her newborn, she may be judged.

Whether you’re a first-time mom or you’ve given birth multiple times, it’s important to understand that PPD can affect anyone—and it’s nothing to be ashamed of. Hormonal changes, sleepless nights, and the loneliness of being at home caring for a newborn can all play a role in triggering PPD.

With more awareness comes more successfully treated cases. Thankfully, there are moms out there with a platform who have been willing to share their experience with PPD in an attempt to destigmatize the disorder and encourage more individuals to seek help.

These celebrity moms have been upfront about their own struggles after giving birth, helping to normalize postpartum depression and encourage other new moms to ask for help when they start experiencing PPD symptoms.

1. Serena Williams
Serena Williams welcomed her first child, Alexis, in 2017. She had a traumatic birth experience involving a dangerous blood clot in her lungs, an emergency C-section, and weeks of bed rest afterward. She suffered from PPD in the weeks following her daughter’s arrival, telling Harper’s Bazaar UK, “I remember one day, I couldn’t find Olympia’s bottle and I got so upset I started crying... because I wanted to be perfect for her.” But in going through it, she realized a need for increased awareness. According to Williams, “I think people need to talk about it more because it’s almost like the fourth trimester, it’s part of the pregnancy.”

2. Alanis Morissette
You may be more likely to experience postpartum depression if you’ve had it before. That’s what happened to Grammy-winning singer Alanis Morissette, who has been open about having PPD after each of her three children were born. Even after preparing herself for the possibility that her PPD could return and having what she described as a “dream birth” with her third child, she still experienced debilitating symptoms. In combination with a proactive approach including therapy, medication, and exercise, Morrisette focused on her past success in overcoming PPD, telling People, “I just know that there’s a light at the end of the tunnel and try not to beat myself up.”

3. Chrissy Teigen
After the birth of her first child, Luna, in 2016, Chrissy Teigen developed PPD. She described her experience in an essay for Glamour, saying, “I had everything I needed to be happy. […] How can I feel this way when everything is so great?” But even those who seem to “have it all” can suffer from PPD. In addition, her diagnosis came as a relief in some ways. “I remember being so exhausted but happy to know that we could finally get on the path of getting better.” For some moms dealing with PPD, this attitude can be a gamechanger. Instead of being devastated with a diagnosis, it names the problem and provides practical solutions that can help them feel like themselves again.

4. Brooke Shields
Brooke Shields was one of the first celebrities who was open about her PPD experience and fought to bring awareness to the issue. She experienced PPD after the birth of her daughter, Rowan, in 2003. Two years later, she published a memoir titled Down Came the Rain: My Journey Through Postpartum Depression. It went on to become a bestseller and continues to strike a chord with women facing a similar struggle.

5. Hayden Panettiere
Hayden Panettiere may be best known for her work on hit TV series like Heroes and Nashville, but her openness about her PPD has also earned her many fans. Panettiere checked into a treatment facility for her postpartum depression twice after the birth of her daughter, Kaya, the second time occurring when Kaya was 17 months old. While most women don’t suffer from postpartum for more than a few months if they’re being treated for it, symptoms can potentially linger or resurface later on. Panettiere’s ongoing struggles bring attention to the fact that PPD doesn’t always go away quickly, and it’s important to keep an eye out for symptoms even when you think you’re out of the woods.

6. Gwyneth Paltrow
PPD doesn’t only develop in first-time moms. Gwyneth Paltrow has shared her experience of having PPD after her second child, Moses, was born. In an interview with Good Housekeeping, she admits, “I felt like a zombie. I couldn't access my heart. I couldn't access my emotions. I couldn't connect. It was terrible. It was the exact opposite of what had happened when Apple was born. With her, I was on cloud nine. I couldn't believe it wasn't the same [after Moses was born]. I just thought it meant I was a terrible mother and a terrible person.” Once she recognized the problem, things began to get better. “I thought postpartum depression meant you were sobbing every single day and incapable of looking after a child. But there are different shades of it and depths of it, which is why I think it's so important for women to talk about.”

7. Courtney Cox
While many moms with PPD experience symptoms shortly after giving birth, that’s not always how it develops. After having her daughter, Coco, Courtney Cox felt fine. But the Friends star began to feel differently as her first year as a new mom progressed. “I went through a really hard time—not right after the baby, but when [Coco] turned six months,” she told USA Today. “I couldn't sleep. My heart was racing. And I got really depressed. I went to the doctor and found out my hormones had been pummeled.” Fortunately, she recovered once she sought treatment for her PPD.

8. Bryce Dallas Howard
Despite being ecstatic about her pregnancy, Jurassic World star Bryce Dallas Howard found that PPD immediately drained her of all emotions once her child arrived. In an essay for Goop, she wrote, “In those moments after giving birth, I felt nothing.” She goes on to chronicle the ways in which she covered up or denied her true emotions in fear of being seen as an inferior mother. “Postpartum depression is hard to describe—the way the body and mind and spirit fracture and crumble in the wake of what most believe should be a celebratory time.” Her experience highlights an all-too-familiar feeling among women with PPD.

9. Adele
After giving birth to her son, Simon, singer Adele struggled to come to terms with her PPD. As she explained in an interview with Vanity Fair, “I had really bad postpartum depression after I had my son, and it frightened me. […] I didn’t talk to anyone about it. I was very reluctant.” She eventually found relief in the form of a fellow mom. “One day I said to a friend, ‘I f------' hate this,’ and she just burst into tears and said, ‘I f------' hate this, too.’ And it was done. It lifted.” Adele’s experience shows that even if you’re not ready to seek professional treatment yet, it’s important to share how you’re feeling with someone you trust.

10. Sarah Michelle Gellar
Sarah Michelle Gellar opened up on Instagram about her own experiences with postpartum depression. The former star of Buffy the Vampire Slayer shared her experience as part of a call to action to ensure that treatment for the condition would be covered by health insurance. She also encouraged new moms who are struggling with PPD, saying, “To those of you going through this, know that you're not alone and that it really does get better.”

Many celebrities and new moms alike have turned to traditional antidepressant medications to treat their PPD diagnosis. Though effective, they often take up to two months to take full effect, and may result in various unpleasant side effects. The biggest limitation of antidepressants for new moms is that the drug can enter the breast milk when breastfeeding.

If you’re experiencing symptoms of postpartum depression, you’re not alone. Treatment is available to you, and you don’t have to wait until your six-week postpartum checkup. Talk to your doctor as soon as possible and contact our patient care team at 310-270-0625.