This Simple Stress Reducing Trick Can Change Your Life 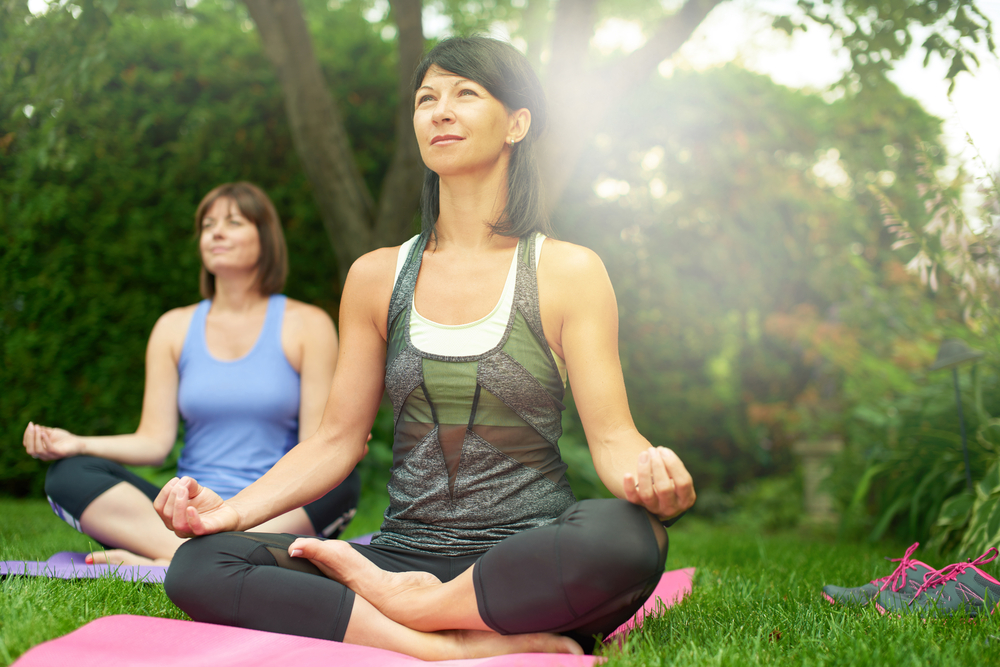 When anxiety or major depression plague your everyday life, it may seem trivial to remind yourself to breathe through it. However, a study published in The Journal of Clinical Psychiatry found that sequential and rhythmic breath exercises actually help fight major depression in people who did not fully respond to antidepressant treatments.

An estimated 264 million people are affected by depression. Unfortunately, the vast majority of them don’t seek treatment for their condition due to stigma or a lack of knowledge, according to a King’s College London study. It appears depression sufferers are more likely to implement holistic and alternative depression treatments before seeking professional help.

Proactive lifestyle changes are always beneficial to your physical and mental wellbeing, but it’s also important to speak to a medical professional who can help customize a well-rounded treatment plan. When depression goes untreated, symptoms often worsen and it may become harder to treat.

Relaxed breath awareness is a powerful tool for preventing the onset of depression symptoms. Breath awareness can help you to avoid depressive thoughts and feel uplifted when depression saps your energy. When you focus only on your breathing, your mind isn’t occupied with other concerns.

Why is breathing so important? Of all the automatic functions of the body, only the breath can be easily controlled voluntarily. The practice of deep breathing stimulates our parasympathetic nervous system (PNS), responsible for activities that occur when our body is at rest, which functions in an opposite manner to the sympathetic nervous system, which stimulates activities associated with the fight-or-flight response.

Pranayama, or breath control, is important in yoga. It involves not only how to breathe but why breathing should be performed in a particular way. The term derives from the words for our life force (prana) and the ability to control it (yama). Breathing through yoga positions helps practitioners find a balance of strength and calmness.

Long, slow breathing creates stillness in our minds, while deep breathing helps ground practitioners as they get in touch with their inner strength. Certain types of breathing increase the body’s internal heat and help build the energy needed to encourage a meditative state. Breath retention calms our mind when breathing stills and the mind follows.

A combination of movement and breathing helps counteract anxiety-driven depression because it reduces stress hormones like cortisol and adrenaline, inducing what’s known as the relaxation response. The enhanced awareness learned through yoga practice can benefit those who struggle with anxiety or depression. It also helps practitioners to develop the ability to breathe calmly and feel powerful emotions without breaking down.

In a study by the Perelman School of Medicine at the University of Pennsylvania, researchers looked into the science behind the use of controlled yogic breathing to help battle depression. After two months of participating in SKY, patients with major depressive disorder (MDD) who exhibited an inadequate response to antidepressant treatment were able to reduce their Hamilton Depression Rating Scale (HDRS) score by several points.

In past studies, the practice has demonstrated a positive response in patients with milder forms of depression and depression due to alcohol dependence.

More than half of the 41 million Americans who take antidepressants do not fully respond, which makes them especially at risk of relapse.

Holistic depression treatments that improve your entire wellbeing are a step in the right direction no matter where you are in your journey with depression. Customized depression treatment plans have been emphasized by the American Psychiatric Association (APA) since 2011 due to combination therapy’s significantly higher rates in improving depressive symptoms. Combination therapy has also been proven to increase quality of life and improve treatment compliance, especially when treatment is needed for longer than three months.

Many people may be able to help manage depression symptoms with these breathing exercises and other alternative depression therapies. If you need additional help managing your depression symptoms, consider ketamine therapy, which boasts an impressive 83% success rate among patients with depression. A full series includes just six infusions, and if symptoms begin to creep in again, one or two boosters are available on an as-needed basis for maintenance.

For more information, schedule a call with our patient care specialists today!